Are Entrepreneurs Born or Made?

Are Entrepreneurs Born or Made? 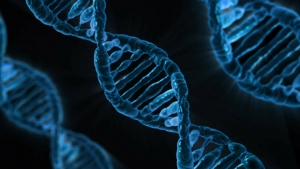 Whether you are serial entrepreneur or just a budding one the never-ending ‘nature vs nurture’ debate can force you to stop and question yourself. Professor Scott A. Shane (Case Western Reserve University) in his book “Born Entrepreneurs, Born Leaders: How Your Genes Affect Your Work Life” (2010) argues that our genes affect nearly everything in our lives and thus have strong influence on whether a person will take the entrepreneurial road and how successful he or she will be. Specifically, author’s research indicates that the tendency to be self-employed is 48 percent heritable! But is that really true? There are many examples of people with no or little talent (i.e. no ‘super genes’) who made it. Some of scientists suggest that entrepreneurs follow similar patterns to top athletes, musicians and other experts in different fields. B. Clapp & J. Swenson (2014) takes Andre Agassi as an example (you can also look into biographies of other top performers such as Michael Jordan, George Herman “Babe” Ruth Jr) who, as a child, was claimed to be too small and too slow for a decent tennis player. Ericson et al (1993) suggested that Agassi followed intense practice schedule and developed skills that put him ahead of his competitors. Authors of the study claim that rise of Bill Gates, Steve Jobs and other top-notch entrepreneurs is a result of combination of environment, genes and personal drive to be great. They confirmed that genes are important, but standing alone cannot explain entrepreneurial success.

It is also worth mentioning the so-called “one of the greatest feats of exploration in history” – The Human Genome Project (HGP) that aimed to map all the human genes and was concluded in 2003. The HGP have found that there are around 20500 different human genes. Francis Collins, at the time director of U.S. National Human Genome Research Institute famously stated that human genome can be understood as a multiple purpose book: “It’s a history book – a narrative of the journey of our species through time. It’s a shop manual, with an incredibly detailed blueprint for building every human cell. And it’s a transformative textbook of medicine, with insights that will give health care providers immense new powers to treat, prevent and cure disease.” (National Human Research Institute, 2016).

Indeed, genome gave an opportunity to look deep into the roots of various human traits such as height, health, athleticism and many others. Following human genome decoding, many scientists sought to find out how specific genes influence the skill level of the human. In reality however, comparison of physical traits of the athletes such as height and power appeared to be much easier task to perform as scientists only needed to compare the genes of high performing athletes with non-athletes. However, it was almost impossible to determine how genes interacted with one another, and moreover, what was the influence of external environment on those genes. And so the subsequent scientific research shifted from the single-gene analysis to a gene-interaction, investigating single gene relationship with other genes and the environment. Above all, this resulted in findings that mere genes do not predetermine certain traits by themselves, instead they interact with the environment based on actions of the individual. This relationship is now called ‘gene-environment interaction’ or “GxE” (B. Clapp & J. Swenson, 2014). Furthermore, some of the new research now suggests that when talking about personality traits, environment might be much more important than the genes themselves (University of Exeter, 2013). Despite the fact that science still remains controversial on what is more important – environment or genes – it is a clear that both have an impact on personality and logically the entrepreneurial characteristics.

So if someone is telling you that you lack what it takes to be an entrepreneur – do not believe them! As always the truth lies somewhere in between – born characteristics can surely make entrepreneurship easier, but as the saying goes “hard work beats talent”. So expose yourself to the environment that will help you to learn and grow continuously and that will bring you way closer to entrepreneurship than mere genes ever could.

About the Author: Tim Bernard